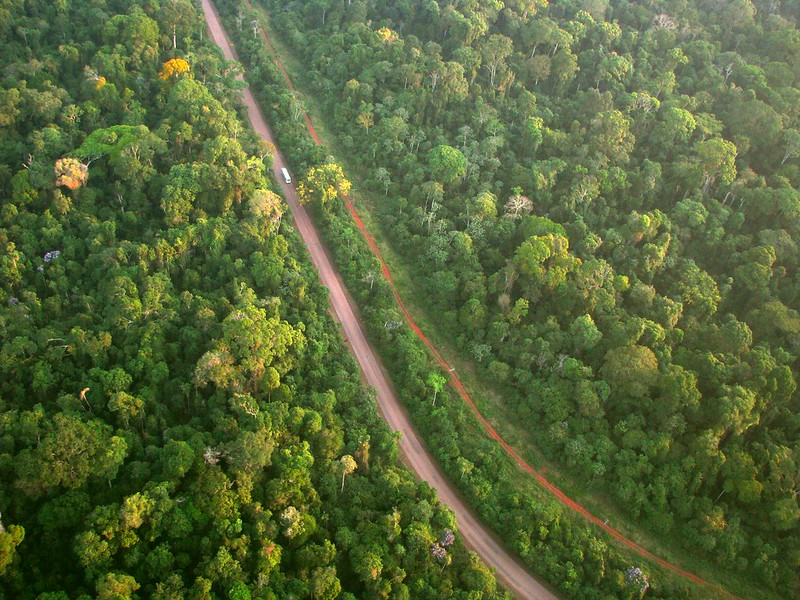 Brazil has distanced itself from the necessary investment in forestry technology for large-scale production, despite having a unique biological arsenal of tens of thousands of tree species in native forests. The way forward is in the coordination between several fronts

The discussion about the economy of forest restoration with planting appears cyclically with questions about the reasons for it to exist as a business activity. In practice, it has been a predominant subject of studies, debates, and some initiatives on a pilot scale. Would it have the potential to change scale and involve organizations that can effectively turn the table? There seems to be a combination of demand for restoration to resolve environmental liabilities, decarbonization of commodities (mining, grains, livestock), addressing of reputational damage that affects international negotiations and the interest of financial organizations.

The development of new forest fiber applications expands to segments such as information technology, the automotive industry, civil construction, plastics, and energy. Countries that take climate change seriously design public policies to encourage the reduction of emissions through the control of deforestation and reforestation. The potential of economic mechanisms associated with carbon sequestration gradually becomes tangible. Society, in general, is increasingly connected to natural resources as an alternative to well-being.

In addition to having one of the largest forest assets on the planet (the second in volume and the first in biodiversity), the country managed to “domesticate” eucalyptus and pine, becoming the most competitive one in the world in forestry. Brazilian pulp and paper companies are among the most successful on the planet, in addition to being the ones that most follow sustainability criteria.

However, we produced a type of inversion, that is, the native species became “exotic,” thereby becoming the topic of endless debates on forest restoration models. We have distanced ourselves from the necessary investment in forestry technology aimed at large-scale production, despite having a unique biological arsenal of tens of thousands of tree species in Brazilian forests.

In the last decade, despite difficulties and disincentives, the production of knowledge about planting native species has advanced. Dozens of planting models have been implemented, including systems with varying degrees of biodiversity, combining forestry with food production (agriculture or livestock). Sophisticated economic models were developed, integrating these different systems, allowing a dialogue with financial managers.

The concept of forest continuum is well known. It starts with the permanent preservation of untouched forest massifs; it continues with an increasing human intervention with sustainable management, passes through the silvicultural enrichment of degraded forests, advances into the restoration of converted areas with biodiverse planting, and then to little diversified planting; it includes the planting of exotic species of long cycle (eventually combined with native species) and ends at the other end of this continuum, with the planting of monocultures of eucalyptus, pine or teak. All of these alternatives can be combined with the production of food or products for other industries (from extraction in conservation areas to livestock-forest integration systems). All are better alternatives, from the emissions point of view, than conventional activities.

Using the metaphor of the forest continuum, we can address other continuums: land use, finances, and organizations involved. In the Amazon regions and some rural properties in the Atlantic Forest, there is a continuous conversion of natural environments. Preserved massifs alongside impacted areas, but they still have arboreal cover, which gradually becomes fully converted areas, productive or not.

In reality, fragmentation is observed in all of the continuums mentioned. Synergies and possible exchanges of knowledge are uncommon. The native forestry sector is characterized by small projects, geographically dispersed, with little connection with mainstream economic organizations. With so many opportunities, players, knowledge, vast technological base in forestry, and relatively favorable legislation (Brazilian Forest Code), why has this segment not developed?

Certainly, due to the risks inherent in the frontiers of knowledge in a country without incentives for innovation. Possibly, due to the understandable focus on a highly successful and profitable forest activity, the planting of eucalyptus for pulp production. Sometimes, due to excessive discussions about the multiplicity of models and ambitions related to the use of natural capital. Supposedly, for the connection with the illegal environment that dominates the reputation of everything that involves business with native forests. Probably, due to the lack of interaction between the links of the above-mentioned continuous.

The role of the coordinators of production chains is vital. These organizations, focused on the production of commodities such as grains, meat, or ore, have a direct or indirect impact on land use. All of them end up having their businesses negatively impacted by reputational damage associated with deforestation, illegal actions related to the degradation of natural resources, and unacceptable social practices.

In summary, governments have not been able to provide an effective institutional environment for the development of scale businesses involving the planting of native forests. The organized mobilization of production chain coordinators can make a difference.

Take livestock, for example, considering the potential for collective action. Intense efforts to control the origin of animals have been successful in direct supply, in transactions involving fattening and slaughterhouses. However, there are still significant weaknesses in the production of calves. Many small producers live on the provision of animals for intermediaries, generally working under informal conditions. The socioeconomic conditions in which they live is precarious, with their only alternative being to sell the forest parts of their lands, legal or not as per land legislation, to agents who work outside the law. To a large extent, they have degraded and unproductive areas. Forest restoration can be an option for generating income, a solution to environmental liabilities, and a way to move away from the informal environment in which they operate and enter promising markets.

The challenge of the connection between a large buyer, such as chain coordinators, and this fragmented fringe of indirect suppliers of their raw materials is not trivial. A good link between philanthropy, impact investors, and the financial mainstream can be a way.

At the tip of large corporations, financial institutions offer incentives (green bonds are already concrete alternatives, although incipient) for decarbonization and improvements in the general conditions of the supply chains of raw materials.

In the middle, more patient investors, development agencies, and government programs offer alternative financial capital and support for the incorporation of best management practices for producers interested in changing their practices. In mining, similar opportunities can be envisaged, with forest restoration initiatives aimed at better interaction with communities regarding their plants and transportation infrastructure.

Greater coordination could focus on five fronts: a) the development of pre-competitive R&D in forestry, b) an R&D effort aimed at the development of new materials and applications of fibers from trees, c) strengthening of market mechanisms for carbon, d) articulation between financial market players, such as institutional funds, banks, impact investors, and philanthropy for integrated financing of production chains that use the different forms of forest restoration, each with its scale, risk profile, and demands for returns, e) joint mobilization to stifle deforestation and the illegal timber market.

Coordinated actions will have an effect in reducing the risks of forestry activities involving native species, not only in the technological field (pre-competitive R&D platforms are much more efficient than the current fragmentation of projects) but also in the institutional area (more effective rules and legal enforcement to stifle illegalities). Changes of scale and integration of knowledge will undoubtedly generate results in forestry productivity and product development, with better rates of return and lower risks.

*Roberto S. Waack is an entrepreneur and board member of several organizations

This website uses cookies to improve your experience while you navigate through the website. Out of these cookies, the cookies that are categorized as necessary are stored on your browser as they are essential for the working of basic functionalities of the website. We also use third-party cookies that help us analyze and understand how you use this website. These cookies will be stored in your browser only with your consent. You also have the option to opt-out of these cookies. But opting out of some of these cookies may have an effect on your browsing experience.
Necessary Sempre ativado
Necessary cookies are absolutely essential for the website to function properly. This category only includes cookies that ensures basic functionalities and security features of the website. These cookies do not store any personal information.
Non-necessary
Any cookies that may not be particularly necessary for the website to function and is used specifically to collect user personal data via analytics, ads, other embedded contents are termed as non-necessary cookies. It is mandatory to procure user consent prior to running these cookies on your website.
SALVAR E ACEITAR